Trent Deerhorn
Saskatchewan, Canada
I descend from a line of mystics and healers and have worked in the field of shamanism for over 20 years. I have received training throughout my life from many shamanic practitioners and I offer services throughout Western Canada and long distance work worldwide. I am a writer, trainer, storyteller, ceremonial leader and dreamwalker. I lead numerous workshops on shamanic principles and techniques. Visit my website at www.deerhornshamanic.com for more details. 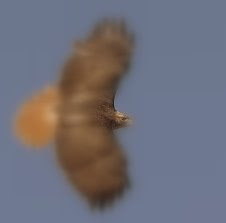 According to the Medicine Wheel, we have entered the Budding Trees Moon (March 21-April 19). The medicine of this moon is that of potential. Those born during the Budding Trees Moon are optimists who tend to see the full potential in everything and everyone around them. They serve to inspire the best out of everyone they meet, not by lecturing but by being and example. They are the ones you want on your side when you are forging ahead with a difficult task or a new venture. They see the potential in the endeavor and are willing to say so when you doubt yourself.

Those born during the Budding Trees Moon are adopted by the spirit of the Red Tailed Hawk. This one brings forth messages from Great Spirit and brings the ability to see ahead of where one is now to where one is headed. Sometimes those who are around this type of person will find the person to be a "know it all", but that is only when they are out of balance in their energies. When well-grounded the Red Tailed Hawk individual will be knowledgeable but not arrogant about it.

The plant totem for those born in this moon is the Dandelion. Those born during this time of year are more likely to have slight to large dysfunctions in the liver, and Dandelion Root Tea is what will feed that liver the nutrients it needs. It will also help the liver to detoxify and should be consumed as a weak tea as opposed to a strong tea. That way it does not shock the liver as it does its work.

The mineral totem for those born during the Budding Trees Moon is the Fire Opal. This mineral helps the energy field to remain steady. It helps to reignite the flame of one's existence so that a second wind is felt when one is feeling exhausted.

The Clan that Red Hawk people belong to is the Thunder Bird Clan. This is a clan of seers who are able to tell what is coming down the pike way before anyone else is even remotely aware of it. The first challenge is to not over react to what one sees for risk of being called "crazy" just because no one else sees it. The second challenge is to not say "I told you so" in a way that makes others feel stupid for not being aware enough. Thunder Bird Clan people are of the Fire Element, which is spontaneous and all consuming. There are many forms of fire in our world: The fire of the Sun, which warms our planet and makes life upon it possible; the fire of the Lightning, which energizes the earth's body; the fire of the Volcano, which creates the Stone People; the fire at the Core of the Earth, which keeps the earth's heart beat going; the fire of the Hearth, which warms our bodies and our food; and the fire Within, which keeps us eternally connected to the Creative Source.

Posted by Trent Deerhorn at 8:33 PM